Scenario: The Battle of Catthorpe Interchange

Background: Rebel Guards units are advancing up the M1 towards Leeds and the Royal Ordnance Factory. Having seen Loyalist Territorial troops brushed aside at Milton Keynes by the rebels, the Government swiftly moves elements of the loyal 2nd Parachute Regiment to positions around Catthorpe in an attempt to delay the rebel troops and allow stronger units to be moved into position to intercept the Guards before they seize the Royal Ordnance Factory.

Rules: this scenario has been written with Cold War Commander in mind. 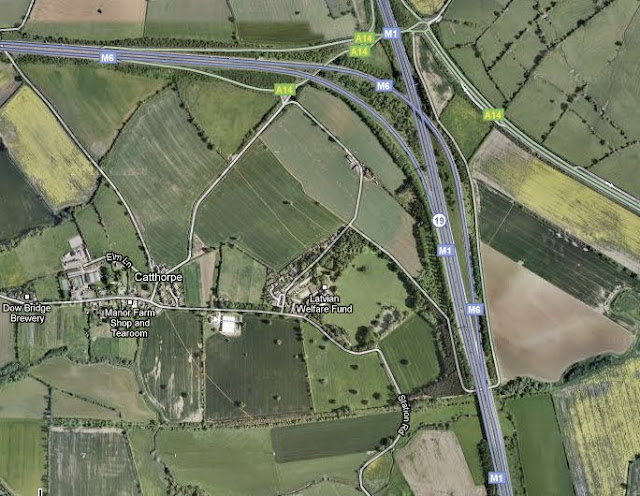 Victory Conditions: the victory conditions for scenario 5 (Breakthrough Attack) should be used.

Terrain: as per map. The Guards enter from the south and must exit to the north. 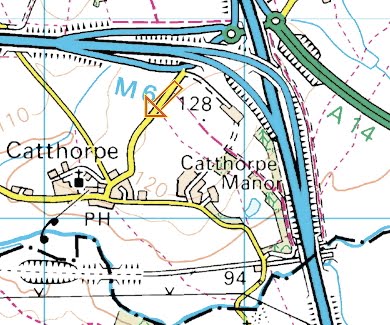 Notes: the command value of the Guards FAC is lower than normal as the loyalty of the RAF has not been confirmed and at this point they are less likely to side with the rebels.
Posted by Steve at 11:32:00 am 3 comments: