Scenario: Bridges Over The River Mersey

Background: following the capture of Manchester, Royalist forces have launched a two-pronged offensive on Liverpool. The southern prong pushes along the M56 axis overrunning Republican positions at Stretton and Preston Brook with ease before swinging north into Runcorn to capture the strategically vital Runcorn-Widnes rail and road bridges across the Mersey and Manchester Ship Canal.

Their capture will allow the Royalists to push into south Merseyside and threaten the port-city of Liverpool. It is imperative for the Republican cause that the Royalists do not capture either bridge intact so they launch air strikes at the two bridges. Rules: this scenario has been written with AirWar: C21 in mind. 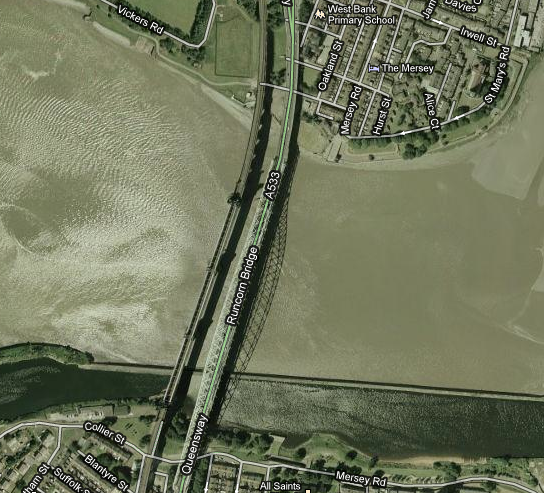 Victory conditions: the Republican Air Force must cause at least 50% damage to both bridges for a narrow victory, destroying them is a major victory.

Terrain: as per the map. Royalist AAA can only be deployed south of the bridges. Aircraft from either side can enter from whatever direction they wish. 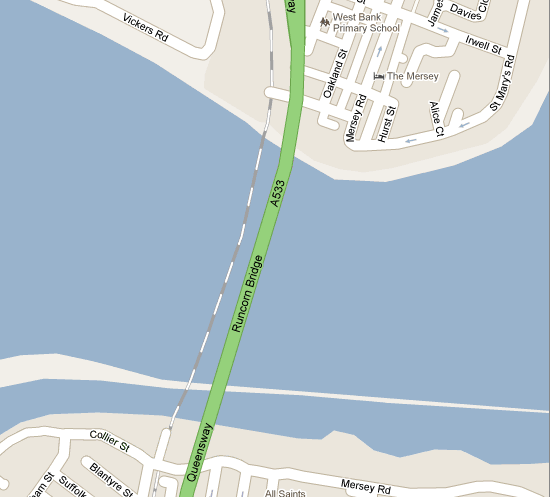 Notes: both bridges are classified as large steel/concrete bridges with 15 damage points each.
Posted by Steve at 3:53:00 pm 3 comments: 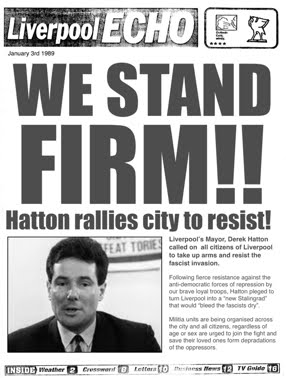 5th January 1989: The Republican leadership received welcome news when it was reported that the Royalist offensive to seize Liverpool had faltered.

Although some Royalist forces were able to invest the city they became bogged down in fierce street battles as the Republican leadership of the city issued a call to arms to all citizens to resist the royalist troops.

Liverpool mayor Derek Hatton pledged to turn Liverpool "into a new Stalingrad" as militia units including army cadets and trade union chapters fought alongside Republican army units from the Lancashire Regiment against the Royalists.
Posted by Steve at 12:50:00 pm 2 comments:

Royalist forces spearheaded by The King's Regiment and the 7th Duke of Edinburgh's Gurkha Rifles forced back the Republican Anglian Regiment in a series of attacks over a three day period. The Republicans swiftly deployed elements of the 3rd Tank Regiment and the Parachute Regiment to Saffron Walden to help prop up the retreating Anglians as the capital came under threat of Royalist attack for the first time in the war.
Posted by Steve at 12:03:00 pm No comments: 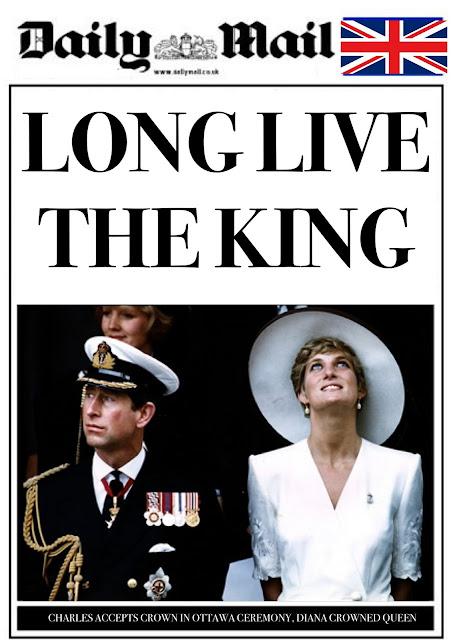 Upon his coronation, Charles Windsor adopted the regal name of George VII to avoid the association with Stuart kings named Charles, the first having been executed following a civil war, the second living for many years in exile.
Posted by Steve at 11:32:00 am No comments:

If you enjoy this blog and Winter of '79, you'll be pleased to see another modern British civil war blog project, the Un-tied Kingdom, the War in 2011. Right up to date, the divergence point is the recent election and the Labour Party leading a revolt against the minority Tory government. Hopefully you'll follow Brian's efforts as well as Mark's at '79 and mine here.
Posted by Steve at 11:12:00 pm No comments:

As the missus watches Poirot (or Pie-rot as I like to call him!) on ITV this Christmas night I decided to read through the Battlegames PDF bundle I bought a week or so back. I'd only got into the first few when reading about Mike Siggins' visit to an old toy soldier fair and his quest to buy 54mm Coldstream Guards he mentioned a company called Scarlet and Gold who make 30mm toy soldiers and also that they produce vehicles... 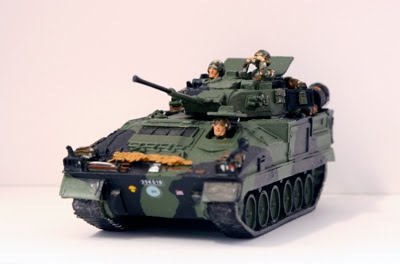 Whilst my 28mm plans are FIBUA based and I probably won't want a Chieftain or Challenger in 1/56th, I can find a use for APC's and light tanks like the Scimitar. A useful looking 20 vehicle range, it includes Warriors (one above), Humvees, Land Rovers and a 105mm towed by a Pinzgauer light truck. 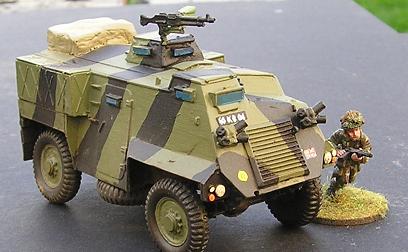 Another 1/56th source is Sloppy Jalopy who do a small range of Cold War era vehicles including a very useful FV432, Humber Pig and a wonderful Saxon APC (above). Once the credit card bill is reduced post Christmas I will be investing in some vehicles from both companies for some 2ECW action.
Posted by Steve at 9:47:00 pm No comments:

Airfix have today posted their 2011 catalogue online and in it contains some very interesting models for 2ECW gaming. Airfix are planning to release a new range of 1/48th scale vehicles and figures which should be worth keeping any eye out for: 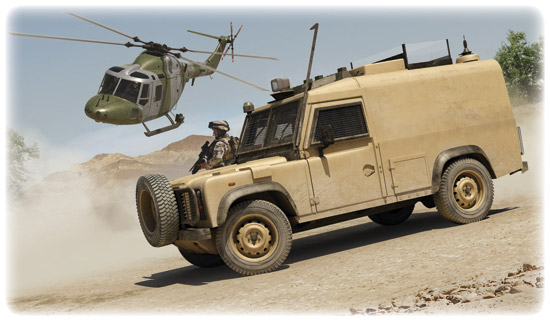 Mark on his excellent Winter of '79 blog found some useful 1/72 pre-painted models at very reasonable prices. The Altaya range includes two obviously useful models in the form of a Challenger I in the green/black camo pattern (perfect for home service) and a Chieftain V in the Berlin urban camo. Mark points out that it isn't 100% accurate for Berlin, but is more than acceptable for Basingstoke or Bedford... He picked his Chieftain's up from Model Hobbies of Stoke-on-Trent for a very reasonable £7.19 (given it's ready for gaming) and I may pick up a couple to use with the old 20mm's I have stored away that were the main reason for starting this project!
Posted by Steve at 11:08:00 pm 1 comment:

31st December 1988: CBC reported that Prince Charles, at the time in exile in the United States, had, after representations from military and political leaders, agreed to be crowned King. Charles had not taken the decision lightly as he had initially believed that such an act would fan the flames of war in Britain, but the continued violence, break-up of the Union and foreign intervention led him to change his mind. The Republican Government in London condemned the decision as "illegal, inflammatory and of no consequence".
Posted by Steve at 10:51:00 pm No comments:

The Siol nan Gaidheal (SnG) had been an ultra-nationalist wing of the SNP until they were expelled from the party in the early 1980's. Under the leadership of Jackie Stokes and inspired by ultra-nationalist movements across Europe, the SnG began to organise for 'military struggle' when the civil war erupted in England.

Stokes was hugely critical of SNP leader Gordon Wilson's agreement with Cranwell to support the London Government in return for independence, believing that that the weakened state of the English government meant that independence could be declared unilaterally without the need to gain English acquiescence.
Posted by Steve at 10:35:00 pm 2 comments: