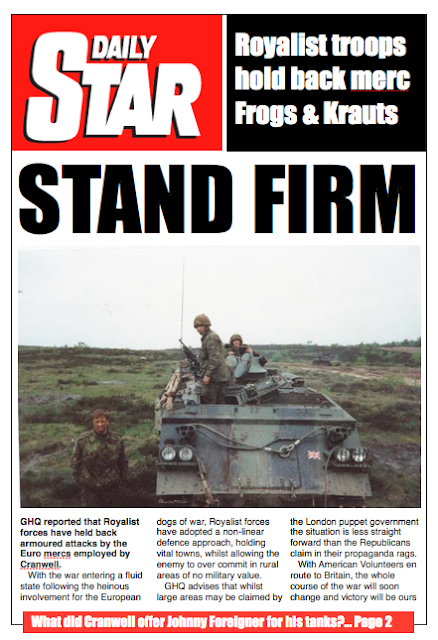 Despite the introduction of American Volunteer Group air force support, Royalist morale had plummeted and the army was in disarray. Some units had fallen back on positions such as in King's Lynn and Stamford which the Royalist press claimed were "key defensive positions being held on a fluid battlefield" but in reality the Republicans had bypassed them in their blitzkrieg inspired attack north towards key Royalist locations such as Sheffield and Grimsby.
Posted by Steve at 10:14:00 pm 4 comments: