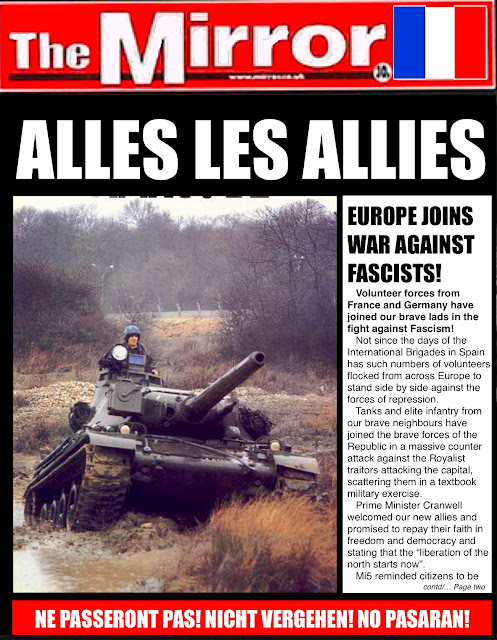 31st January 1989: The Republicans launched Operation Hammer, a massive counter-attack against the Royalist forces poised to invest London. In complete secrecy the Republican government had integrated 'volunteer' units from the Armée de Terre and Bundeswehr into their army, enjoying complete surprise against the Royalists as a three prong attack was launched in the early hours of the 29th January.

Meanwhile the Luftlandebrigade 26 "Saarland"and Force d'Action Rapide were landed at Hawk Hill near Battlesbridge to cut off the retreat of the Prince of Wales’s Own Regiment of Yorkshire, itself forced back by Republican units, including the Jägerbataillon 291 and Light Infantry, that had landed at Leigh-on-Sea.
Posted by Steve at 11:04:00 am