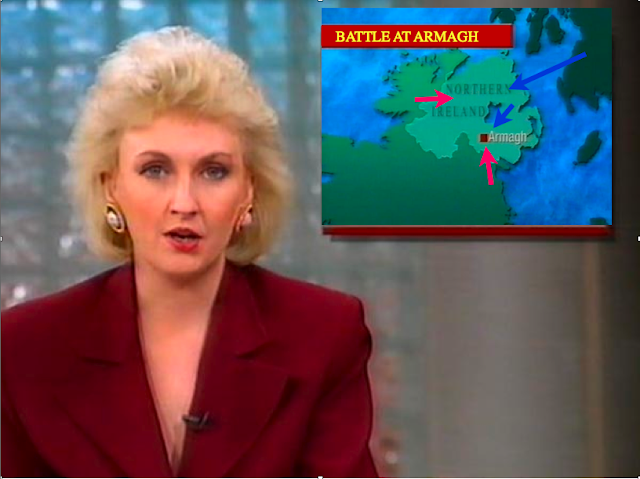 The Irish 3rd Infantry Battalion had advanced on Armagh in a effort to ensure the flank of the 1st Infantry, advancing on Lisburn, expecting minimal resistance from UDR forces in the area but was surprised by the presence of the 1st Royal Irish who they believed to still be preparing defences around Belfast. Fierce fighting took place as the 3rd attempted to storm the Royalist positions, the Milan ATGM causing numerous casualties amongst the advancing Irish APC's.
Posted by Steve at 10:04:00 pm