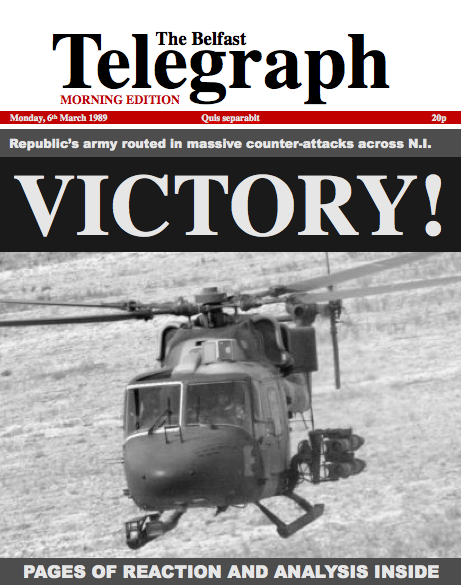 Under relentless air attack by Royalist Army Air Lynx helicopters and Republican Air Force Tornadoes flying out of bases in Scotland, Irish AFV's were targeted in an around the clock bombardment before Royal Irish and Ulster Defence Force troops launched a ground assault on the night of the 5th.

Shell shocked Irish Defence Force troops streamed back across the border as territory in both the east and south of Ulster was recovered by British forces.
Posted by Steve at 10:07:00 am