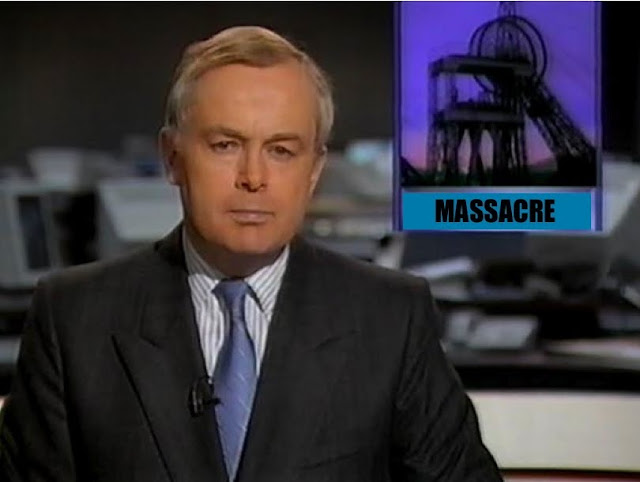 18th December 1988: BBC News reported that Royalist troops were responsible for the "massacre" of sixty-seven unarmed miners at the Ollerton Colliery in Nottinghamshire.

Following their success in the North East, the rebel forces had begun to move south down the east of the country, bypassing centres of stiff resistance such as Sheffield. Republican resistance became more intense as the rebels moved into the East Midlands and the fluid nature of the warfare led to military and locally formed militia units operating in areas behind the front line.

Numerous incidents occurred as the war spread and whilst the Royalists denied responsibility for the massacre and attempted to blame Republican Security Services, blame clearly lay at the feet of elements who attached themselves to the rebel cause, even if they were not directly under Royalist GHQ command.
Posted by Steve at 12:46:00 pm