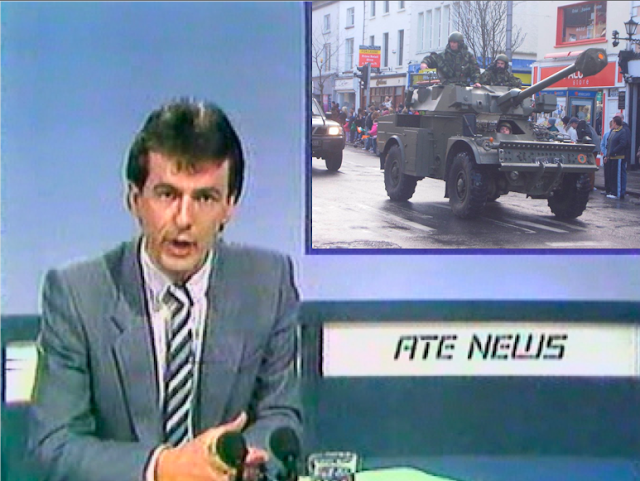 5th February 1989: RTÉ News reported that elements of the Irish Army including the 3 Infantry Battalion and 1 Cavalry Squadron had crossed the border into Northern Ireland on a peacekeeping mission, following weeks of internecine warfare between Nationalist, Republican and Royalist factions in Ulster.

The Irish forces entered Londonderry without resistance, although elements of the Ulster Defence Regiment (under Republican orders) took up positions near Dungiven and Garvagh to resist any potential move towards Belfast.
Posted by Steve at 1:34:00 pm